On 16 December 1939, the British Commonwealth Air Training Plan agreement was signed in Ottawa. What was to become an enormous undertaking was already being planned before the agreement was even signed. Locations for airfields were being appraised, generic hangars and other buildings were being designed and contractors being sought out. These efforts extended also to the search for relief airfields, someone having had the foresight to understand that an operational airfield also required relief fields. Bad weather or some other problem could close the main airfield, while some training activities required high runway usage. A relief field provided just that relief for and of the main airfield. 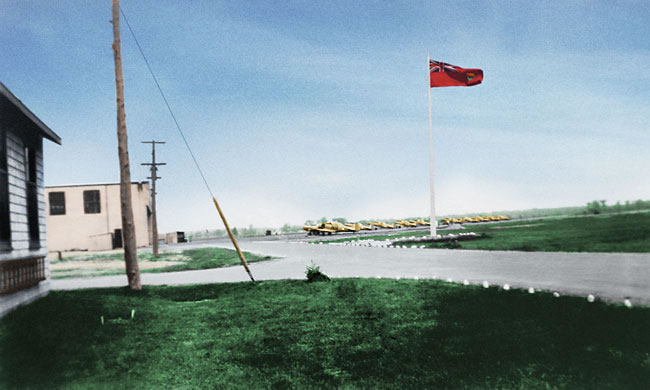 For the RCAF at Camp Borden, it was decided that two relief fields were required. By 27 November 1939, the DOT had received a report and assessed the field at Edenvale as suitable for a relief field. The preliminary investigation had found a site on slight rolling hills, with 500 acres cleared and 150 lightly wooded. The drainage was excellent and there were three gravel pits on the site.

By October 1941, No. 1 Relief Field, Edenvale, was almost ready for operations. Ready or not, Edenvale had its first recorded landing on 8 August, even before the field was operational. Edenvale was soon buzzing with the sounds of the Harvard T-6. While the Harvards flew, the airmen made fun of the location. They called Edenvale cold, as the heating in the barracks was not functioning properly, complained of the mud and noted that there was so little hot water that even the officers were shaving with cold water. The food was good though, which made up in part for the lack of other amenities.

As the Second World War entered its fifth year in Europe, the BCATP was producing a surplus of students. Operations at Edenvale appear to have ceased in February 1945, although a small staff remained to keep the facilities operationally ready. As early as 12 April 1945, Edenvale’s potential for civil usage had been identified.

On 17 January 1946, Edenvale was turned over to the Department of Transport, with the caveat that the RCAF could use it as a relief field. Although the DOT maintained the runways, 11 buildings were earmarked for demolition in February 1947. This did not include the hangar as War Assets wished to use it to store surplus aircraft. No demolition was conducted, as a freeze had been placed on all activities that could alter the field.

The freeze even affected a request in November 1948 by a local farmer who wished to rent the land to cultivate crops. 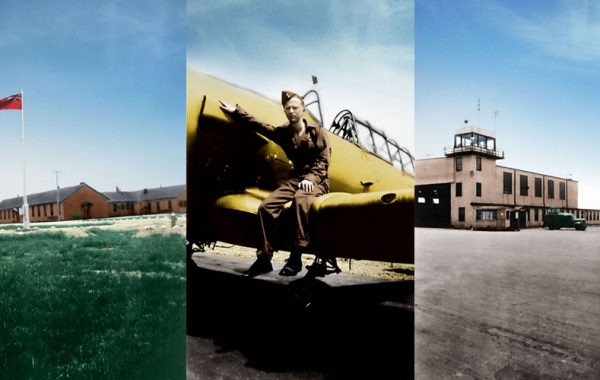 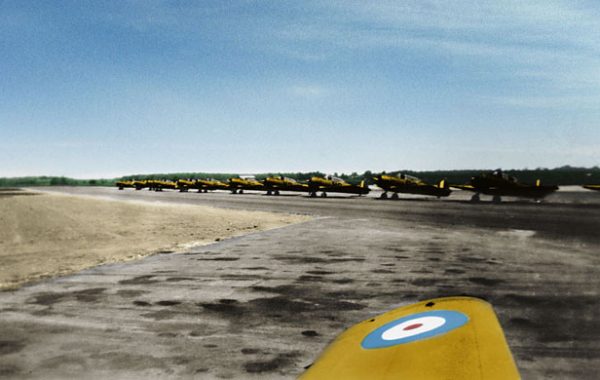 Finally, in April 1949, Edenvale was transferred back to the RCAF to allow Camp Borden to salvage iron water pipes, fencing, lights, electrical equipment and other useful items. At the same time, War Assets set about disposing of the buildings and land, noting that the land was in good condition and that “a healthy crop of weeds is anticipated”. The pumping station was sold to the town of Cannington, and the hangar to Collingwood. Mr. Ed Hood, who owned a farm two lots west of the field, bought nine buildings, including the guard house and the shed at the entrance to the field, the timekeeper’s hut and the lookout shack.